"You have high blood sugar" - annually, millions of people around the world for the first time for themselves hear from doctors a summary of the recently submitted analysis. How dangerous is this symptom, how to deal with it and prevent the possible development of a number of diseases? All this you can read below.

Under the simple philistine phrase "elevated blood sugar level," usually refers to hyperglycemia, a clinical manifestation of the symptom of the supernormal glucose level in the blood plasma. It has several degrees of severity, a diverse etiology with a strong emphasis on diabetes, as well as severe symptoms. Diagnose it in patients whose blood sugar levels exceed the average norm of 3.3-5.5 mmol / l.

It should be understood that the above signs can be indicators of the symptoms of a variety of diseases, so if there are at least several negative manifestations, you should consult a doctor and take tests to determine the exact diagnosis.

Most often, the cause of the symptom is:

Causes of increased sugar levels in adults and pregnant women

As medical practice shows, in 90 percent of cases persistent chronic hyperglycemia in adults is a manifestation of diabetes, mainly of the second type. Additional negative factors are poorly designed daily rhythms of sleep and wakefulness, stresses at work, as well as a sedentary lifestyle that is inactive.

Separate attention deserves an elevated blood sugar level in pregnant women - hyperglycemia here can have a temporary character associated with the restructuring of the body as a whole and hormonal changes in particular (physiological manifestation), and be a special type of diabetes mellitus - the so-called gestational diabetes that occurs in time of pregnancy and often disappears after childbirth. If in the first case, the usual medical control over the patient's condition is sufficient, in the second case, the disease found in 4-5% of women in an interesting situation can cause harm to the fetus and the health of the future mother, therefore, the specialists prescribe complex therapy taking into account the current physiology sick.

Causes of increased blood sugar in newborns and children

In children of primary school age and adolescence, hyperglycemia is usually associated with a number of factors - malnutrition, stress and the development of infectious and inflammatory processes against the background of activation of activated endogenous counterinsulin hormones, which are produced in large quantities with active growth of the body. Only in some cases, after excluding all the above-mentioned reasons, children are diagnosed with diabetes mellitus, mostly of the 1 st type. 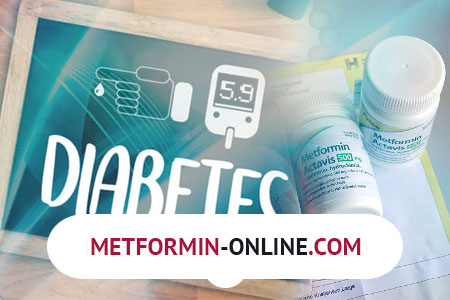 Special attention should be paid to hyperglycemia of newborns - it is caused by a number of factors, usually not related to the classic causes of symptoms in children and adults. In most cases, the increase in blood sugar is due to the active intravenous injection of glucose in newborns with a small body weight. In premature infants in the first days of life, hyperglycemia is a manifestation of a lack of a hormone that breaks down proinsulin, often against a background of incomplete resistance to insulin itself.

Transient type of hyperglycemia can also be caused by the introduction of glucocorticosteroids, fungal sepsis, respiratory distress syndrome, hypoxia. As the modern medical statistics show, more than half of the newborns coming for some reason to the intensive care unit are diagnosed with an elevated blood sugar level. Despite the fact that a high level of glucose is less common than classical hypoglycemia, the likelihood of complications and the risk of a lethal outcome is greater.

A complex of basic diagnostic measures for detecting elevated blood sugar levels include texts and tests. If you have hyperclycemia in an easy form, it's quite difficult to determine it yourself using a classic convenient glucometer. In this case, it is better to consult a doctor who will prescribe the appropriate tests.

Hyperglycemia is just a symptom that indicates a malfunction in the functioning of the body systems or diabetes. However, this does not mean that there is no complication with elevated blood sugar levels. The most dangerous consequence of this pathological condition is ketoacidosis. This disturbance of carbohydrate metabolism significantly increases the concentration of ketone bodies in the blood plasma, most often against the background of any type of SD of decompensation, which in turn provokes ketonuria, arrhythmia, breathing disorders, rapid progression of slow-moving infections present in the body, dehydration. In some cases, in the absence of a proper qualified medical response, a diabetic / hyperglycemic coma develops, and after a drop in the pH level (acidity of the organism) to a value of 6.8, clinical death occurs.

How to reduce blood sugar?

Therapy of hyperglycemia is aimed at the temporary elimination of high blood glucose levels, as well as the treatment of the underlying disease that caused this pathological condition.

Since persistent hyperglycemia in the vast majority of cases is a manifestation of diabetes, a proper diet is essential for effective therapy of the problem.

It is especially important to adhere to the diet in case of detection of type 1 diabetes. Base - exclusion from the diet of food based on digestible carbohydrates, as well as the maximum balance of diet for calories, fats and proteins.

Of all the variety of products presented in the domestic market, with a high level of glucose in the blood should choose those that have the lowest glycemic index. It should be understood that there is no food that would reduce sugar - all known at the moment maloglycemic food practically does not increase its level, but alone can not save a person from hyperglycemia.

All of the above products belong to the "green list" and you can use them safely for people with hyperglycemia.

Modern medicine classifies the diet as one of the main factors in the normalization of the quality of life and health of patients with hyperglycemia, which plays a key role in the therapy of diabetes and which allows effective compensation of carbohydrate metabolism.

For patients diagnosed with the first type of diabetes, compliance with the diet is mandatory and vital. In diabetics of the same type, often the correct diet is aimed at correcting the body weight.

The basic concept of a diet is a grain unit, the equivalent of 10 grams of carbohydrates. For people with hyperglycemia, detailed tables have been developed indicating this parameter for most modern products present in the diet. 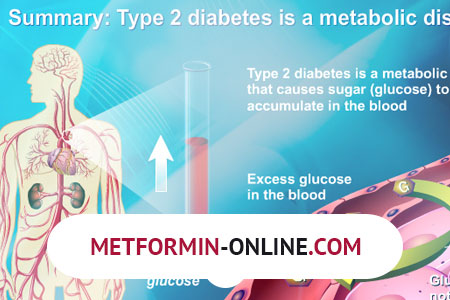 When determining the daily set of such products, it is necessary to exclude any refined food, sweets, sugar and to limit as much as possible the pasta, white bread, rice / semolina, as well as components of the diet with refractory fats, focusing on carbohydrate food with a large number of dietary fiber and not forgetting the balance of polyunsaturated / saturated fatty acids.

Food is preferably consumed fractional, developing a daily diet for three basic and 2-3 additional techniques. Daily set for a classic 2 thousand calories for a person with hyperglycemia without complications and an indicative menu, includes:

Any change of products is possible by the equivalent of caloric content within the four main basic groups:

The use of sugar substitutes, so popular at the beginning of the new century, is currently being criticized by large groups of nutritionists because of their high caloric value, so we do not recommend abusing them, in extreme cases, applying strictly limited in your daily diet.

What are the drugs that lower blood sugar?

In modern medicine, there are two main types of drugs that lower blood sugar - it's about direct-acting drugs.

Any medicines against hyperglycemia can be used only after the appointment of your doctor, since the dosage is selected individually, depending on the current level of sugar and individual characteristics of the body. So, incorrectly picking up the dose, you can not get the proper effect, or vice versa, too much to lower the blood glucose level, causing hypoglycemia.

How can I quickly reduce blood sugar levels?

There are several mechanisms:

What foods can I eat that do not increase my blood sugar?

Do the sugar levels raise apples and persimmons?

Both products have a glycemic index higher than the recommended one.

Persimmon refers to the conditionally forbidden for hyperglycemia fruit, because it contains a lot of glucose and sucrose. In some cases, the doctor can allow its use in strictly limited frames (not more than 100-150 grams per day), usually with insulin-independent diabetes.

Apples can be consumed as part of a subcaloric diet, while limiting the amount of their consumption - no more than one small fruit per day.

Does the level of sugar in the blood increase in honey and fructose?

At the heart of this product is a very large amount of carbohydrates, but more than half of them have fructose - this component is processed in the body without insulin. Also, a number of studies show that a slight regular intake of honey in a number of cases somewhat reduces the level of glucose in the blood thanks to glycityl - a natural substance that has an insulin-like action principle.

A common opinion among nutritionists about the rationality of taking honey is not. We recommend either to refuse the use of this product (especially to people with severe forms of hyperglycemia), or to use it very confidently, not more than one tablespoon per day, divided into two doses. Naturally, we are talking about real honey, and not fakes with a huge sugar content.

For the splitting of fructose, insulin is not required, so it is included in the list of allowed products.

For people with type 1 diabetes - no restrictions, but taking into account the total number of used h.e. per day and injected insulin. For type 2 diabetics, it is desirable to limit and control the use because of the high caloric content of the substance.